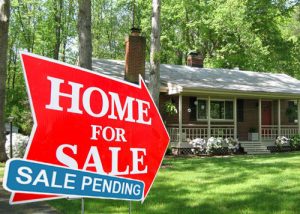 The Pending Home Sales Index, a forward-looking indicator based on contract signings, rose 3.5 percent to 109.3 in October. The index is now at its highest reading since June (110.0).

Lawrence Yun, NAR chief economist, says pending sales in October were primarily driven higher by a big jump in the South, which saw a nice bounce back after hurricane-related disruptions in September. “Last month’s solid increase in contract signings were still not enough to keep activity from declining on an annual basis for the sixth time in seven months,” he said. “Home shoppers had better luck finding a home to buy in October, but slim pickings and consistently fast price gains continue to frustrate and prevent too many would-be buyers from reaching the market.”

According to Yun, the supply and affordability headwinds seen most of the year have not abated this fall. Although homebuilders are doing their best to ramp up production of single-family homes amidst ongoing labor and cost challenges, overall activity still drastically lags demand. Further exacerbating the inventory scarcity is the fact that homeowners are staying in their homes longer. NAR’s 2017 Profile of Home Buyers and Sellers – released last month – revealed that homeowners typically stayed in their home for 10 years before selling (an all-time survey high). Prior to 2009, sellers consistently lived in their home for a median of six years before selling.

“Existing inventory has decreased every month on an annual basis for 29 consecutive months, and the number of homes for sale at the end of October was the lowest for the month since 19991,” said Yun. “Until new home construction climbs even higher and more investors and homeowners put their home on the market, sales will continue to severely trail underlying demand.”

With two months of data remaining for the year, Yun forecasts for existing-home sales to finish at around 5.52 million, which is an increase of 1.3 percent from 2016 (5.45 million). The national median existing-home price this year is expected to increase around 6 percent. In 2016, existing sales increased 3.8 percent and prices rose 5.1 percent.

Overview:  We had a very big week on just about every front.  Tax Reform was finally passed early Saturday morning but during the week, Mortgage Backed Securities both improved and sold off on speculation of the Bill passing or not passing.  We got a huge dose of economic data with very strong GDP and Manufacturing data which was very positive for our economy and therefore negative for long bonds that do not perform well in a growth environment.  But the biggest market mover was when the news broke that Flynn was going to plead guilty to lying to the FBI.  Initially the bond market thought that this may derail support for our President and cause the Tax Bill to not make it, but in the end that did not happen.

Domestic Flavor:
Manufacturing: The November ISM Manufacturing (1/3 of our economy) was very strong but basically was in line with estimates (58.2 vs 58.4) any reading above 55 is very hot.

The November Chicago PMI hit 63.9 vs est of 63.0. Any reading above 50 is strong and readings above 60.0 are very, very very strong. This marks the 3rd straight month with a reading above 60.0 which has not happened since 2010.

Personal Income and Outlays: Wages were higher than expected as October’s Personal Income increased by another 0.4% vs est of 0.3%. Personal Spending matched expectations with a monthly gain of 0.3%. The spread between the rising incomes and spending means that we actually saw a 1% increased in the personal savings rate.

The Fed’s key measure of inflation, PCE on a YOY basis increased by 1.6% which was a little higher than expectations of 1.5%. Plus September was revised upward from 1.6% to 1.7%. Still below the Fed’s target rate of 2.0% but moving closer. Core PCE YOY hit 1.4% which matched expectations.

The Talking Fed: President Donald Trump has nominated Carnegie Mellon University professor Marvin Goodfriend to be a member of the Federal Reserve Board of Governors. He would be filling a vacancy that happened in 2014 and has never been filled.

Fed Chair Janet Yellen will gave an Economic Update to the House. She opened with “The economic expansion is increasingly broad based across sectors as well as across much of the global economy,” and “I expect that, with gradual adjustments in the stance of monetary policy, the economy will continue to expand and the job market will strengthen somewhat further, supporting faster growth in wages and incomes.” She also said that Congress needs to pass more “pro-growth” policies and was concerned that after she leaves that there will only be 4 members on the Board of Governors.

The Fed’s Beige Book was released and showed that the U.S. economy continued to grow at a “modest to moderate pace” through mid-November as the labor market tightened, the survey also noted.

“Most districts reported employers were having difficulties finding qualified workers across skill levels,” the report said. Still, “wage growth was modest or moderate in most districts.” This is prepared by all 12 districts and is used in the next FOMC policy meeting.