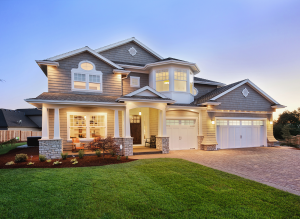 Sales of Newly Built Single Family Residences surged by 17.5% in November and 26.6% higher than this time a year ago and reached a level not seen in over 10 years.

Just like Existing Home Sales, inventory is still a major concern as the seasonally-adjusted estimate of new houses for sale at the end of November was 283,000. This represents a supply of only 4.6 months at the current sales rate.

Overview:  Tax reform took center stage and as it moved forward with the voting process through the week, it pressured mortgage backed securities lower (higher rates).  We also had some very solid economic data which pressured MBS pricing as well.

Can Kicked: The Government will remain open until January 19th now.

GDP: The 3rd QTR GDP number was revised from 3.3% down to 3.2%. Its the third time that we have seen this data and has it been revised higher and then lower. Regardless, it remains above 3.0% which is a strong reading and is the highest reading since Q1 2015.

Tax Reform: The Tax Bill was officially passed by both the House and the Senate and was signed into law by our President on Friday.   The key for the bond markets and rates, is the macroeconomic impact of over 4 trillion dollars of cash moving back into the U.S. from overseas. Already we are getting some positive comments from some the largest U.S. corporations:

Durable Goods: While the headline number look like a miss, actually due to the upward revisions to the prior month, these were ok readings. Durable Good Orders for November were up by 1.3% vs est. of 2.0%. However, the miss was due to the fact that October was revised upward significantly from -1.2% to -0.4%. New Orders are now up 8.9% on a YOY basis which is pretty solid.

Personal Consumption: Spending is the highlight of this report as Personal Spending in November increased by 0.6%. Personal Income increased by 0.3%. The Fed’s key measure of inflation, PCE YOY hit 1.8%, still below their target rate of 2.0%.

Consumer Sentiment: The University of Michigan’s Final December Reading was revised from 96.8 to 95.9. Still a very lofty number historically.