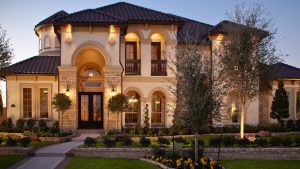 Home Sales Hit 10 Year High, Average Sales Price above $400K for First Time Ever:
The U.S. Census Bureau and the Department of Housing and Urban Development reported that New Home Sales for October hit a 10 year high with 685K units which beat out expectations of 620K. This was a 6.2% monthly gain over September.

Inventory and Months’ Supply
The seasonally-adjusted estimate of new houses for sale at the end of October was 282,000. This represents a supply of 4.9 months at the current sales rate.

The Northeast is the standout sales region for the second month – up 30 percent to 56,000. Year-on-year sales in the Northeast are up 65 percent. The Midwest also was strong, up 18 percent in October for a yearly gain of 16.2 percent. These are very strong metrics as it shows strong sales were not due a temporary demand spike related to the hurricanes in the South.

The biggest contributor in size to the month’s sales is the West, up 6.4 percent to 167,000 for a yearly 14.0 percent gain. The South, which did not show any effect from the heavy hurricane season, rose 1.3 percent in October for a year-on-year increase of 14.0 percent.

Overview: We had a holiday-shortened week with really only three full days of bond trading. It was a very light week in terms of economic releases that had any ability to impact bond trades.

Chicago Fed National Activity Index: The October reading showed a spike in overall economic activity and inflation and came in 3 times higher than expected (0.65 vs est of 0.2).

Existing Home Sales: The October data was stronger than expected (5.48M vs est of 5.43M units). Supply continues to be very thin with only 3.9 months worth available. Six months worth of inventory is considered to be optimal. The median sales price fell -0.2% to 247K which a 5.5% gain from this time last year.

Leading Economic Indicators: The October release came in at double the market expectations (1.2% vs est of 0.6%), plus September was revised upward from -0.2% to +0.1%.

Durable Goods Orders: The Headline Preliminary October reading was weaker than expected (-1.2% vs est of 0.4%) but just one airplane order can skew that number. Overall, the report had some bright spots. Ex-Transportation, Durable Goods Orders increased by 0.4% which was inline with estimates of 0.5%. But offsetting that small miss was the fact that September’s reading was revised upward from 0.7% to 1.1% which is significant.

The Talking Fed: Fed Chair Janet Yellen turned in her official resignation. She said she would stay on until the swearing in of the new Fed Chair Jerome Powell. However, the letter made it clear that she is resigning from the Fed completely and is not going to remain on the Board of Governors in another role. This is key because the board is short of voting members and her staying on in a different capacity was a consideration.