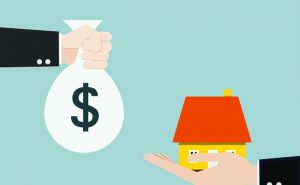 How Many Hours do Americans Need to Work to Pay their Mortgage?:
The visualization uses data from the U.S. Census for household income and Zillow for median home listing price, while calculating mortgage payments based on a standard 30-year term.

With about 170 hours in a normal work month, the worst is in New York City and Los Angeles, where at least 65% of income is going towards housing.

But in a city like Memphis, TN it takes only 18.4 hours of work a month to pay down the average mortgage. That’s equal to only about 10% of monthly household income.

The red bars represent places where you have to work the most hours to keep the roof over your head. In cities like New York, Los Angeles, Miami, and San Francisco, you put in more than 100 hours to make enough money just to pay for housing. That’s longer than two-and-a-half weeks, meaning well over 50% of your take-home pay! Not surprisingly, unaffordable places are all located on the either coastline. In fact, 8 of the 10 most expensive places are all located in California.

How does your state stack up?
Source: HowMuch.net
What Happened to Rates Last Week?

Overview:  MBS sold off (mortgage rates moved higher) as a result of a shift in sentiment among long bond traders regarding Tax Reform and the next Fed Chair.  Odds of Tax Reform happening shot up in the market place after the Senate passed the FY 2018 budget.  You can’t have Tax Reform without a budget, so this makes some sort of reform more likely.  Tax Reform can be very stimulative to the economy and bonds simply do not perform well in a strong economy.  Also, several polls and reports hit last week that have the short list for the next Fed Chair done to five members with Janet Yellen at the lower end of expectations.

Location, Location, Location:
Weekly Mortgage Applications rose by 3.6% lead by a pop in Refinance Applications of 4.0% and Purchase Applications of 3.0%.
New Housing Starts for September were lighter than expected (1.127M units vs est of 1.180M).
Building Permits were also lighter than expected (1.215M vs est of 1.238M).  For both of these, the weakness is mainly in the multi-family sector and not the SFR sector.  This reporting period is during the hurricanes for Florida and Texas which are two of the most populated states.
September Existing Home Sales were a tad better than expected (5.39M vs est of 5.30M units) despite the hurricanes.  As expected, inventory shortages and rising prices are a problem for faster growth.

The Talking Fed:  The Beige Book was more upbeat than expected.  You can read the official release from the Fed here
Despite major disruptions from Hurricanes Harvey and Irma, all 12 Federal Reserve Districts indicated that economic activity increased in September through early October. Several Districts noted increased manufacturing input costs, citing storm impacts (with 58 mentions of the word Hurricane) and labor constraints (employers were having difficulty finding qualified workers) – this was certainly reflected in the last JOLTS report.

Game of Thrones:
The Politico published a report that Treasury Secretary is said to be pushing for Fed Governor Jay (Jerome) Powell and the WSJ openly endorsed former Fed Governor Kevin Warsh.  Both scenarios make Yellen’s re-appoint seem more remote.  Also on Fox News, President Trump said that it is “in his thinking” that he could bring in both Powell and Taylor (similar to Yellen and  Fischer as Chair and Vice Chair).  This was yet another reason for bonds to hedge against a shift at the Fed that could lead to faster rate hikes and growth.

Geo-Political:  The Senate passed the 2018FY Budget with a 51-49 vote.  My Kentucky Senator Rand Paul was the only Republican “no” vote.  This means that this now moves into reconciliation mode with the budget that the House has already passed, paving the way for Tax reform.
What to Watch Out For This Week: