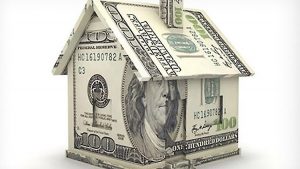 According to the newly released CoreLogic Q3 2017 Home Equity Analysis, homeowners with mortgages (roughly 63 percent of all homeowners) have collectively seen their equity increase 11.8 percent year over year, representing a gain of $870.6 billion since Q3 2016.

“Homeowner equity increased by almost $871 billion over the last 12 months, the largest increase in more than three years,” said Dr. Frank Nothaft, chief economist for CoreLogic. “This increase is primarily a reflection of rising home prices, which drives up home values, leading to an increase in home equity positions and supporting consumer spending.”

Negative equity, often referred to as being “underwater” or “upside down,” applies to borrowers who owe more on their mortgages than their homes are worth. Negative equity can occur because of a decline in a home’s value, an increase in mortgage debt or both.

“While homeowner equity is rising nationally, there are wide disparities by geography,” said Frank Martell, president and CEO of CoreLogic. “Hot markets like San Francisco, Seattle and Denver boast very high levels of increased home equity. However, some markets are lagging behind due to weaker economies or lingering effects from the great recession. These include large markets such as Miami, Las Vegas and Chicago, but also many small- and medium-sized markets such as Scranton, Pa. and Akron, Ohio.”

Overview:  The domestic economic data was strong but not strong enough to impact MBS trades as we were essentially in a holding pattern as the bond market was stuck in Tax Reform watch….waiting to see if the Bill would make it out of the reconciliation committee and if it does…how much different will it be from the original Senate/House versions?

Domestic Flavor:
Jobs, Jobs, Jobs: Big Jobs Friday!  You can read the official release from the Bureau of Labor Statistics here.
Tale of the Tape:
Jobs:
November Non-Farm Payrolls 228K vs est that were in the 190K to 200K range.
October NFP was revised lower from 261K down to 244K
September NFP was revised from 18K to 38K
NFP Rolling 3 month average is now 170K which is a good level and is an improvement over last month’s 3 month rolling average pace of 162K.
Wages:
Average Hourly Wages increased on a month-over-month basis by 0.2% and is now $26.55 per hour.  The market was expecting a 0.3% increase.
Average Hourly Wages YOY moved from a 2.4% pace in October to a 2.5% pace in November.
Hours:
We had a rare increase in Average Hourly Wages from being stuck at 34.4 for several months up to 34.5 hours.  Usually an uptick in hours worked is a precursor to wage increases.
Employment: The Unemployment Rate remained unchanged at 4.1%.  However, for the first time on record, the manufacturing sector fell below 3.0% (2.6%).
The Participation Rate remained at 62.7%

LinkedIn showed that hiring in November showed a 26% increase YOY. U.S. hiring has been 10.4 percent higher in 2017 than in 2016. LinkedIn’s report is compiled from its 143 million user profiles in the U.S., 20,000 company profiles and 3 million monthly job postings.

Consumer Confidence:  The preliminary December University of Michigan reading hit 96.8 which is a very strong reading but below expectations of 98.8, it will be revised in 2 weeks.

Geo-Political:
Can Kicked:  The House and Senate voted to extend everything until December 22nd.

ISM Services: The November reading was lighter than market expectations (57.4 vs est of 59.0) and a pull back from October’s crazy hot reading of 60.1. But any reading above 50.0 shows monthly expansion and a reading above 55.0 is still very robust.